HOME
From Our Readers

Czechia – A Place I Call Home

As part of the stories From Our Readers, a Co-Creator of SeasonAbroad has shared her story about coming to the Czech Republic and being led by an internal compass.

“I arrived in the Czech Republic on a sunny day in September 2009.

While in Kazakhstan (a country I was born and grew up in), a bit more than 10 years ago I was thinking about my life journey and where it was headed.

Just to give you a bit of a background, after graduating from a high school in 2002, I moved to the United States on an exchange program for a year. I lived in the state of Oregon – a very beautiful place. In 2003 I was accepted to University in Ashland but even though I received a scholarship covering most of the tuition cost, I still could not afford staying in the United States. I was only 18 but had already made some of the most important friendships in my life. It was very difficult to leave the States especially feeling unaccomplished.  I went back to Kazakhstan and got enrolled in a journalism program where all subjects were taught in English.

In 2007 I graduated with a Bachelor’s degree in International Journalism and following that I accepted a post as Trade Channel Executive at Grey Advertising Agency in Almaty, Kazakhstan, where I worked for two years and though I was very happy with my work, my friends and everything I had, I still felt that I wanted to grow both personally and professionally.

I was asking myself “Where to?” and after a year of applying to various universities and for various scholarships literally across the globe (Canada, the US, Malaysia, Belgium, Germany, you name it) I eventually made my choice towards the country of which I had heard of the most in my childhood. I am originally from a non-European country, so the travel abroad was somewhat restricted by time and distance when I was growing up in the 80’s and 90’s. However, the stories about the Czech crystal, knedliky, amazing architecture and beer were a common discussion around our table as some members of my extended family had traveled to the Czech Republic in earlier years. I always wanted to visit the Czech Republic and it had become a sort of a dream of mine. Traveling I did before 2009 was mostly around Western Europe. I was postponing visiting the Czech Republic maybe subconsciously because it was never a tourism destination for me, but perhaps a dreamy potential home.

Located in the heart of Europe, the Czech Republic was at the heart of my choice on that May evening in 2009.

The choice was made, and after getting confirmation of studies from a private University in Prague I applied for my visa.

In 2009, the visa application process was nearly the same as today, only less information was available.

I literally had to search online every nook and try to speak to anyone who had travelled to the Czech Republic before to make sure I had all the needed information and documentation. In the meantime, I was working full time at the job I loved and was surrounded by people I admired. It was a tough decision to leave everything behind but it was time to start a new life full of adventure.

I bought my one-way ticket to Prague in September 2009 and arrived on the 21st of the same month at Vaclav Havel Airport. I remember it like yesterday: I was standing in the arrival area filled with people from around the world. I was lost in the noise of a new country and I felt happy to be in a new place as it was a new beginning, a clean slate almost. I was thinking to myself that it was the first day of the rest of my life. I have chosen the country that best fit my interests and my future plans and quality of life that I had been looking for.

Driven by the desire to learn about a new culture and embrace a new life, made me feel more open and more interested in adapting to a new life I have chosen. My new home was Prague and since then I have seen how the city I moved to in 2009 had grown on me and how I have grown with it.

I moved to the Czech Republic 5 years after becoming a member of the EU and 2 years after it had joined the Schengen Area. Bordering Germany, Austria, Poland and Slovakia, the Czech Republic has been all about warm summers, chilly autumns and beautiful cold winters in the past 10 years. Season by season, my life has been progressing from studying, to working and learning the Czech language, to living and calling this place “my home”.

This place with 10+ million people residing across the country has attracted me with its freedom of choices (when it comes to education, work, religion, hobbies and travel), opportunities, and respect for equal human rights.

In 2009 I moved to Prague to study my Masters in International Business and Management. The program I studied in was taught in English but I have been self-teaching myself Czech language for the past 10 years. In between semesters I would enjoy travelling on weekends to different parts of the Czech Republic and different cities such as Karlstejn, Kutna Hora, Kolin, Pisek, Ceska Lipa and others.

I found it fascinating how each and every city had so much history to it.

I graduated in 2012 with a Master’s degree in International Business and while studying I was interning at Radio Free Europe/Radio Liberty.

Following my graduation, I have started working at an executive search firm, first joining them as Junior Research Assistant and subsequently becoming a Senior Recruiter / Consultant.

In 2015 my life forever changed as I became a mother to a small chihuahua whom I named Tofu. Tofu is my best travel companion and a colleague at work. He is a CFO – a Chief Furry Officer. We enjoy very early morning hours in our pink and mint apartment overlooking the serene landscapes.

In 2019 I met my friend and adventure partner whom I share a strong belief in turning the lives of people into extraordinary journeys and we have been on our own journey to create the best advice, experience, joy and happiness life book and community for people who are seeking for more and exceptional. I and he are behind the SeasonAbroad  Just two people with big hearts.

Nowadays, the world is facing one big challenge which affects the lives of all – travelers and settlers. I know we will persevere and I don’t want you to lose hope for a better world with no borders.

I know that today we are all experiencing uncertain times. However, it is now the time to dream and plan and feel that life is too short to wait on something to happen.

Sometimes, it takes one’s belief and desire to leave home and start a new one elsewhere.

Don’t wait to make that decision – do all the planning today, so you can act on it later. “

Jordan and Israel: There and Back

In the early '90s, when Hector Sanchez was still young, he would watch the Indiana Jones trilogy over and over and marvel at the scene in "The Last Crusade" when they arrived at the Holy Grail temple. He always said that he would go there one day. After years of waiting, that moment finally came.
Read more

We are continuing with the photo coverage of some of the most memorable trips taken by Hector Sanchez, one of our passionate and devoted world travellers.
Read more

Hector Sanchez is an avid traveller from Spain who has been to more than 55 countries around the world. Hector has also been writing his own blog for the past 12 years where he details his amazing trips beyond borders in every corner of the globe. Hector's adventures are vividly documented via essays, photos and videos at dandounpaseoeuropeo.blogspot.com
Read more

Lipno – An Uncut Gem of the Czech Republic

Victoria and Konstantin visited Lipno to get away from the business of Prague and enjoy the serenity of a dam and nature.
Read more

Make sure you take your umbrella when travelling during a rainy season to the heart of Belgium. Victoria and Konstantin yet again strolled the streets and alleys of a gothic city of Brussels where the architecture of light meets the dark.
Read more 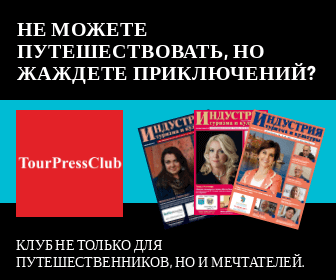 Bergen by Day and Night

Konstantin and Victoria are adventurous travellers whether it is for work or pleasure. Together, they have been to many countries visiting not so common sight seeings but rather choosing the most vibrant places to create their memories.
Read more
From Our Readers

From Iceland with Love

Bergen by Day and Night

Konstantin and Victoria are adventurous travellers whether it is for work or pleasure. Together, they have been to many countries visiting not so common sight seeings but rather choosing the most vibrant places to create their memories.
Read more
From Our Readers

From Iceland with Love

From Iceland with Love by Irina Shamraeva
Read more

Lena Salmi: Being Yourself is Enough

Lena Salmi is an avid traveller, an artist, a skateboarder, a graffiti writer, a sports journalist, competitive swimmer and an amazingly inspiring and cheerful individual from Helsinki, Finland.
Read more

Armed with a dry sense of humor, charisma and unique personality, Felipe has developed an easy style over the last 25 years that draws people into his magic and leaves them feeling amused and bemused… a perfect combination!
Read more

WE ARE ALL TOGETHER

From visitors to locals, our continent unites those with passion for uncovering natural beauty, epic history and transformative creativity. We are all together. We are Europe #visiteurope
Read more

Sweet journey: TOP 10 of the most delicious desserts in the world to tease your senses with

Cakes, sweets, casseroles, muffins, puddings, ice cream - it seems that in any country in the world people cannot do without something sweet. Travel across the world to taste the most delicious desserts.
Read more

Peyman Pejman is an award-winning journalist with over 20 years of experience. We sat down with Peyman to talk to him about his experience of travelling and also about venturing far away from home.
Read more

WE ARE ALL TOGETHER

From visitors to locals, our continent unites those with passion for uncovering natural beauty, epic history and transformative creativity. We are all together. We are Europe #visiteurope
Read more

We bring you ever-lasting memories and happiness through a simple process of opening you doors to the world, and letting it see You.